While blastocystosis may clear out on its own, the symptoms do not go away and only worsen for many.

Doctors may prescribe one of a few antibiotics, however these can distress the body more and do not always work to clear out the infection.

Natural options are available to support the body’s natural detoxification and immune function while it eradicates the parasites. Before you continue, make sure to watch this video by Eric Bakker. He goes through the whole treatment plan step by step.

Avoid anti-diarrheal medications as these can further irritate the intestinal lining, which only makes parasites bind stronger to the intestinal walls and mucus. While these medications may put a stop to the discomfort, it’s allowing the parasites to reside in your body and other complications that can actually worsen your illness.

Certain herbs and spices should be consumed to help support the immune system and fight blastocystosis. You can consume them as the fresh herb, dried, or in forms of tea, pill, or tincture (however, if you have had any alcohol-related abuse, avoid tinctures). Work with your healthcare provider if you’re on any medication, as some herbs may have contradictions:

Supplements are critical to fighting not just parasitic activity, but also an imbalance of bad bacteria and Candida overgrowth: two side-effects that may result from parasites disrupting a healthy gut.

For a list of foods to eat and avoid, see my article on the best diet for blastocystis hominis.

If you have B. hominis, recognize that it is highly contagious and take extra precautions not to infect others. Wash your hands regularly, don’t use recreational water facilities (such as pools, spas, or water slides) until at least one week after any diarrhea has subsided, and take extra precautions during sexual activities to avoid fecal contact. By helping prevent the spread of this parasite, you are being proactive against a recurring infection, particularly in households with children. If your child has it, ensure that they are washing their hands, take them to the restroom often, limit their swimming in public pools, and watch their interaction with other children closely (or try to reduce their time in childcare, if possible). 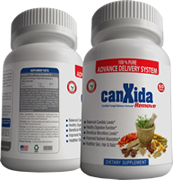